Yes the first day of spring has arrived, and among other things it signifies the first day that Gol has more daylight than Chester (the town I grew up in). If the weather forecast is anything to go by, then it will be a lovely, sunny and warm spring day.

There is no frost today, just the foot of old snow to be seen in the garden and on the hills. The clouds, above the valley are skudding by at a fair clip and the trees in the garden are buffeted every now and again by strong gusts of wind. It is as though Hallingdal has shrugged off the winter and is now coming alive. 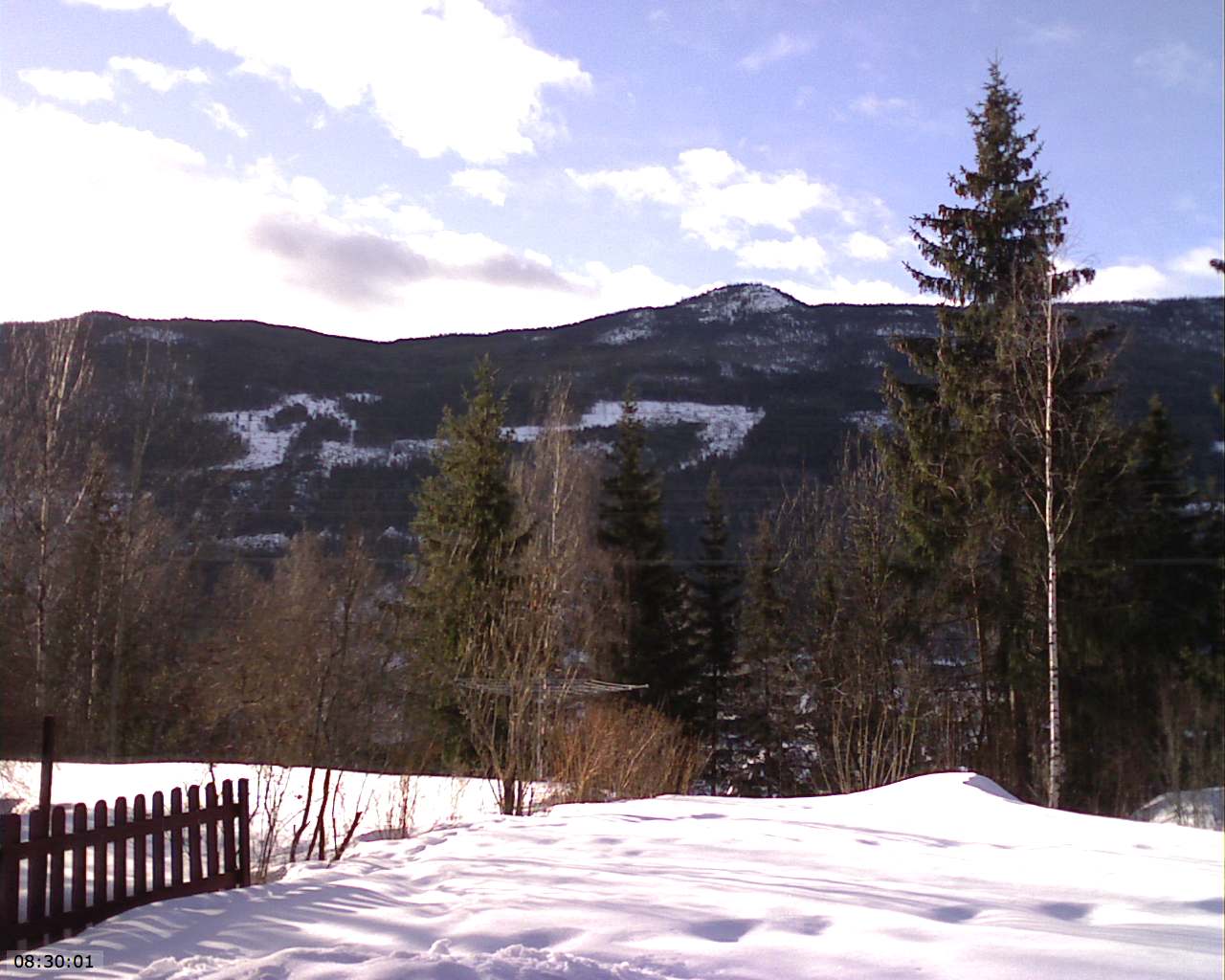 This doesn’t mean that winter has finished with us. We went camping two weekends ago and experienced night temperatures of -15’c. A couple of days ago we had our last snowfall, and the valley returned to that Narnia-like state that has been the norm since late October. The trees were encrusted with snow once again and the valley looked like it had been dusted with icing sugar. 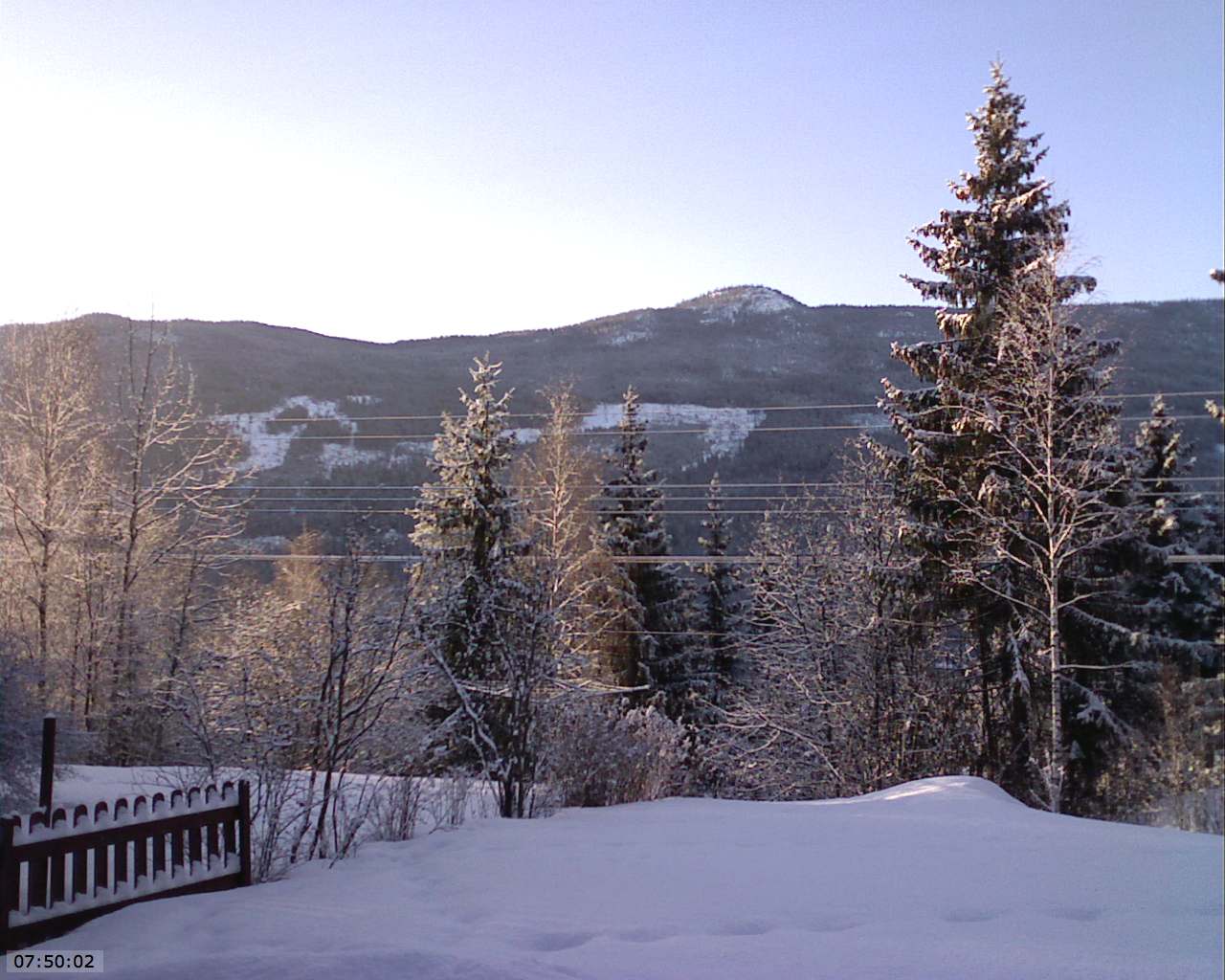 March is a lovely month. The roads are mostly clear, just the odd icy patch to look out for and the temperatures around 0’c. It feels so warm after the cold winter temperatures. We’re making the most of the weather and trying to improve our skiing skills as much as possible. Before we know it, we will be back on our touring bikes, exploring Hallingdal in more detail.

The view is always different and always the same. 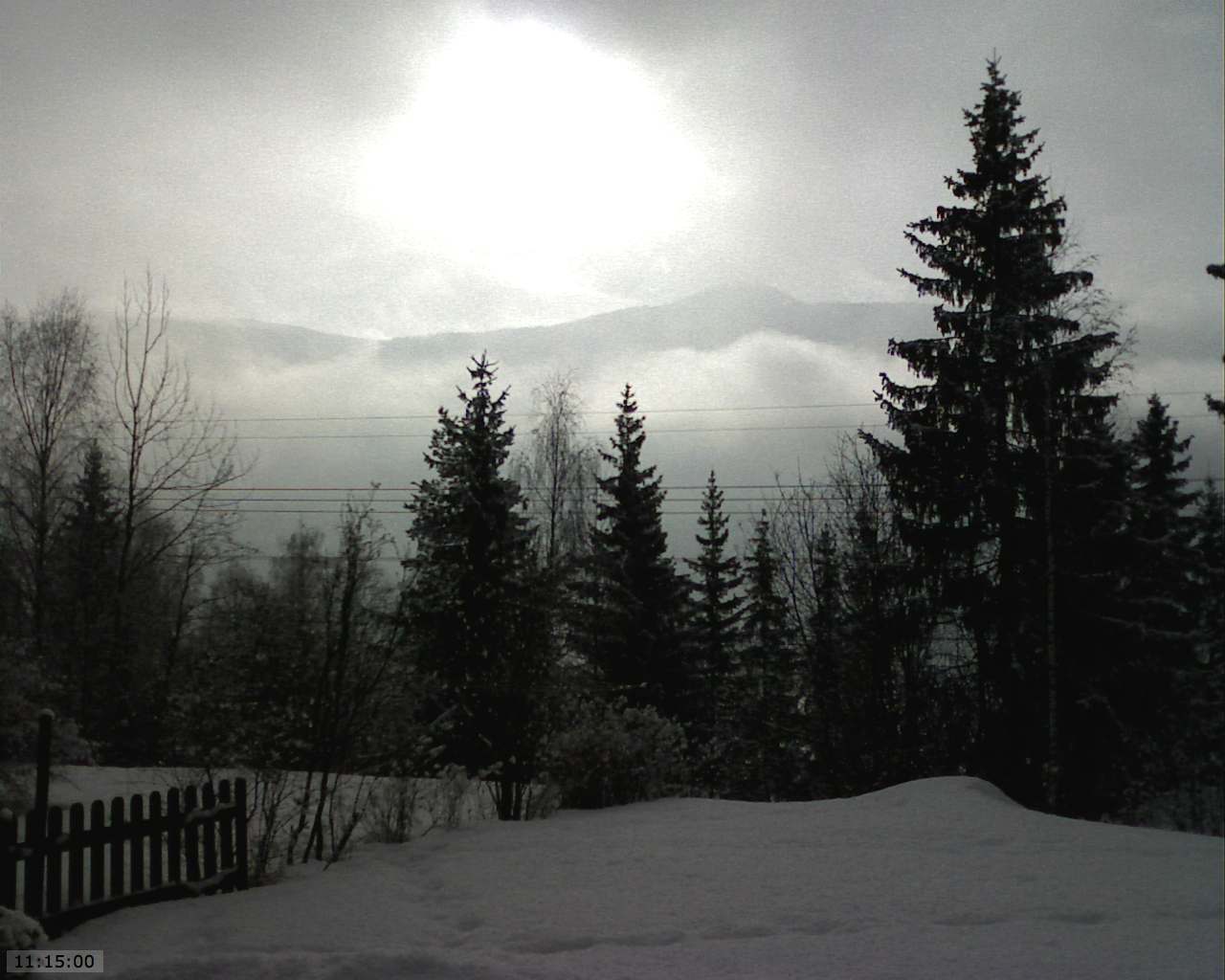 Yesterday morning it was fresh snow, mist and brilliant sunshine, with cloud ships making their way along the valley. 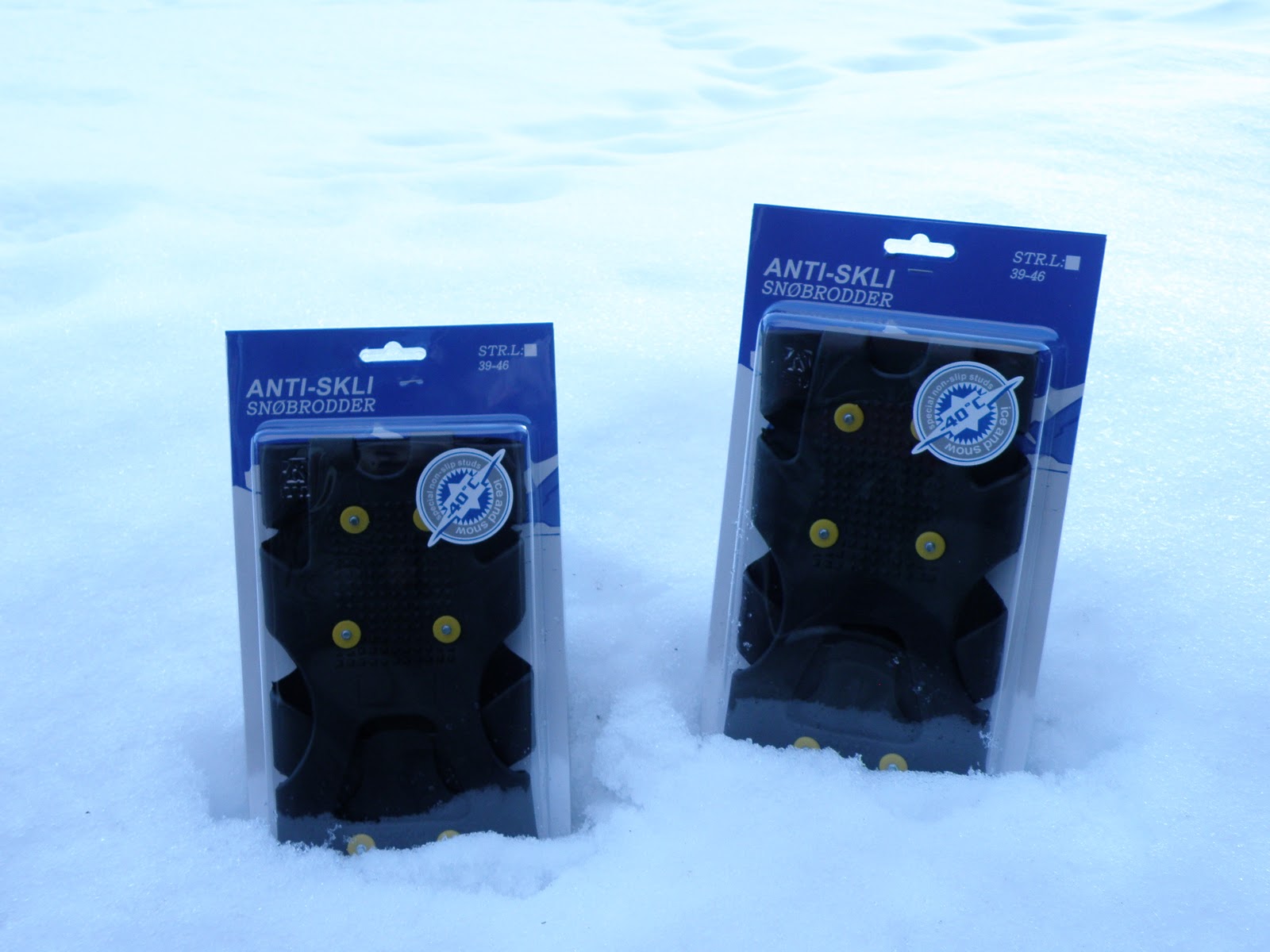 To say it is a bit slippery underfoot is a like saying there is minor interest in the up coming royal wedding in the UK or the paths up Everest are a little steep or there was a slight dip in the world economy after the credit crunch.

The thaw has created randomly distributed patches on roads and pavements so slippery that they make the ijzel that covers Dutch roads during winter look like a high friction coating. It is also impossible to determine which bits are merely slippery and which are incredibly slippery. This evening, it took more than ten minutes to walk down to our Norwegian class at the adult education centre, something that normally takes less than five.

I don’t fancy going base over apex and landing on sharp frozen slush. So, I might just head out to Nesbyen tomorrow and try and get some gangbrodder. They should keep me upright and walking until all the ice has disappeared.

The thaw has started. Not in the sense of water gushing in torrents down small mountain rivers, accompanied by the mellifluous tones of David Attenborough explaining the curious spring mating rituals of the flightless Garzantian Duple Floober.

As soon as the sun has risen far enough above the valley wall to shine for most of the day, snow starts melting. The snow on our roof, that has been hanging over the edge of the guttering like a beer belly constrained at its lower reaches by a belt, drips all day. Every now and again there is a soft ‘floop’, as another chunk of snow falls three metres and lands on the thick layer of snow that still covers the garden.

Driving has also become more interesting. Where the roads get sunshine the whole day, the snow and ice has all but disappeared. But, round the next corner, the road could be in the shade all day and all of a sudden you are driving on old, warm snow. In many places only one wheel sits on tarmac: braking suddenly is something you don’t want to do, even with ABS.

It is warm too. Despite experiencing temperatures below -20’c in the last fortnight, outside is a balmy +something-or-other. It is even warm enough to start working on our cars without having to go inside every half hour to warm up.

Yes, the thaw has started. Just not quite as I expected it to.