We planted out one bed of potatoes a couple of weeks before the other beds. The plants started yellowing and drooping last week so it was time to check what Mother Nature had provided us with this year. There are a few more plants to dig up but one of the storage bins is almost full.

We cooked and ate some of them yesterday and they are good boiling potatoes that mash well. Nam nam!

We ate the last of the 2020 crop in July of this year. They were a bit squidgy raw but hadn’t turned green and were fine when cooked. We store them in mouse-proof bins in one of the cellar rooms and they seem to keep well there. In a good we should be self sufficient in potatoes for around 10 months.

I picked our first tomato two days ago. We never had ripe tomatoes this early in Hallingdal and here are plenty more to come. We also have potato plants, some carrots, onions, kale and pumpkins that have survived the hot and dry summer.

I ate the tomato today and it was delicious! 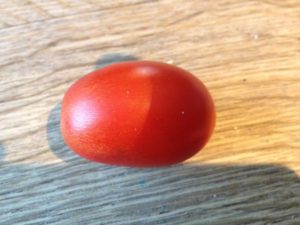 At Easter we bought some tomato and pumpkin seeds at the amazing Co-op in Vik. After a while I got round to planting them in pots, and it seemed that only a couple of seeds from each packet had germinated. In the end all the seeds we planted germinated, albeit most of them took a month.

While we were back in the flatlands the pots stood outside and the plants grew bigger. Last week we were both rather busy so we only got round to planting out the pumpkins and tomatoes today. It is rather late in the season to be planting out, so we’re not expecting much in the way of produce but it will be interesting to see how they fare.

The tomatoes are now sitting in a patch of ground up against the house. They are quite sheltered here and will get sunshine for much of the day. 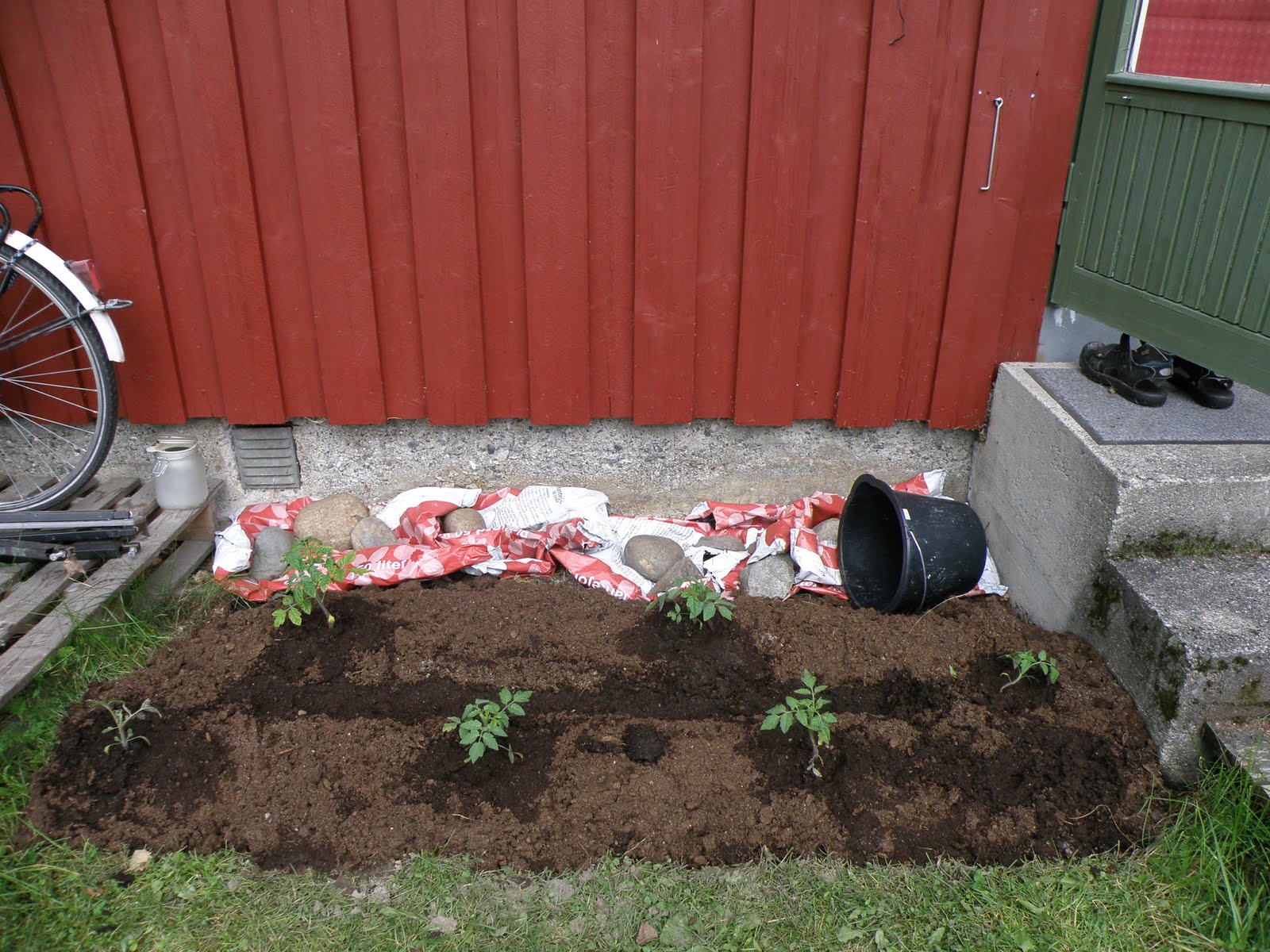 Given that pumpkins tend to grow rampantly (well they used to in Utrecht and we’re hoping they will thrive here in Gol) we decided to plant them at the end of the garden. Here they will get sun in the morning and evening and will be free to sprawl where they want to. You can see two of them in the webcam, (bottom right of the picture) so take a look every now and again to see how they are doing. 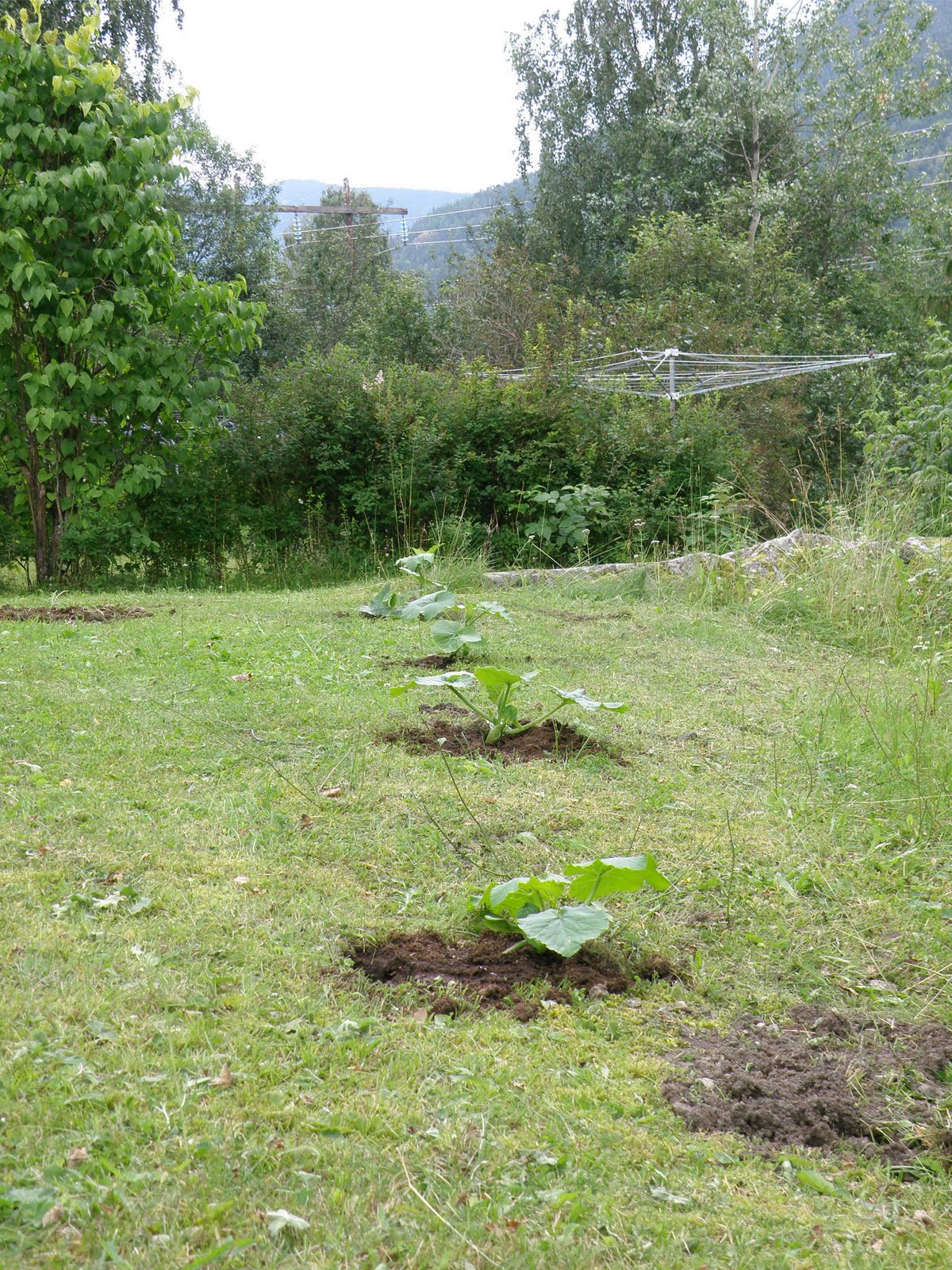 Agurktid is in full swing and we feel it is our duty to join in, so we are going to take it easy for a while. As summer is to be out and about in, rather than a season to blog about, don’t expect frequent updates for a while. What ever you are up to, make sure you make the most of the warmth and light that summer brings.